Elope at the Loveland Annual Valentine‚Äôs Day Group Wedding and Vow Renewal! This romantic event is a highlight of Sweetheart City Colorado's holiday season. Officiated by Todd Harding, a one of a kind Wedding Officiant and award recipient of the Country Radio Hall of Fame.

This Valentine’s Day, dozens of couples will say “I do” as part of the fifth annual Loveland, Colorado, group wedding celebration. The one-of-a-kind event will be officiated by beloved local and Country Radio Hall of Famer, Todd Harding.

In addition to getting hitched in style, couples will receive keepsake photos, a decorative lock to “lock their love” on the famous sculpture, gift bags, signature wedding cupcakes, and the opportunity to win a romantic gift basket.

The group wedding caps off a weeks-long annual celebration of love and community that’s made Loveland a favorite destination for amorous couples. 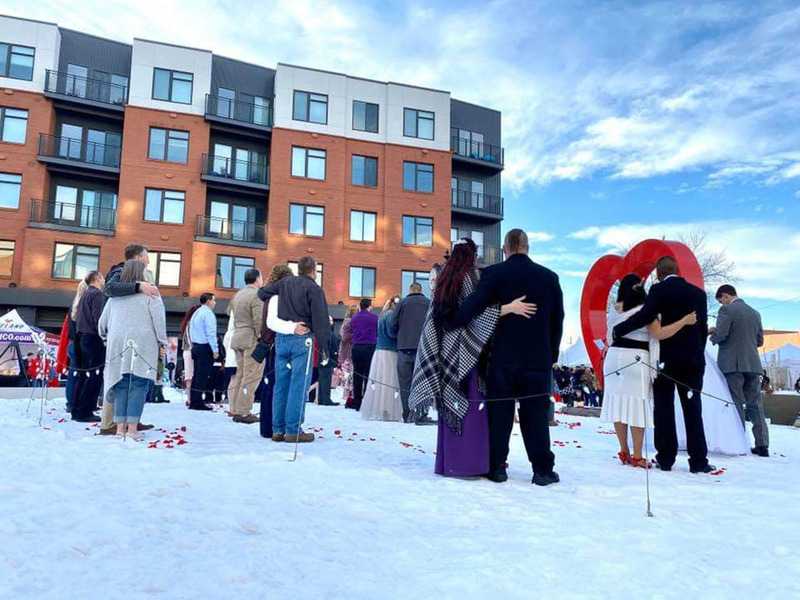 The month of February is known as ‘Valentine’s Season’ in Loveland, and the quirky destination certainly earns its title as America’s Sweetheart City.

Couples arriving in town early for a little pre-wedding celebration will find Loveland’s streets and parks decked out in big red hearts, colorful light installations, and even handwritten valentines posted along street poles by the city’s Rotary Club, giving admirers the chance to publicly (and adorably) declare their affections.

Adventurous nearly-weds can wander down the Tunnel of Love, try a ‘love potion’ at a local brewhouse, or race to the altar in the yearly 4-mile Sweetheart Classic.

And Loveland’s wildly popular Valentine Remailing Program stamps an average of 120,000 lover’s letters before sending them out to destinations worldwide. We can’t think of a better way to announce a spontaneous elopement in the city of love than a Loveland stamped valentine!

Want to get married in Loveland? Head here.

Sweetheart City’s appeal is undeniable, and officiant Todd Harding a big part of that. 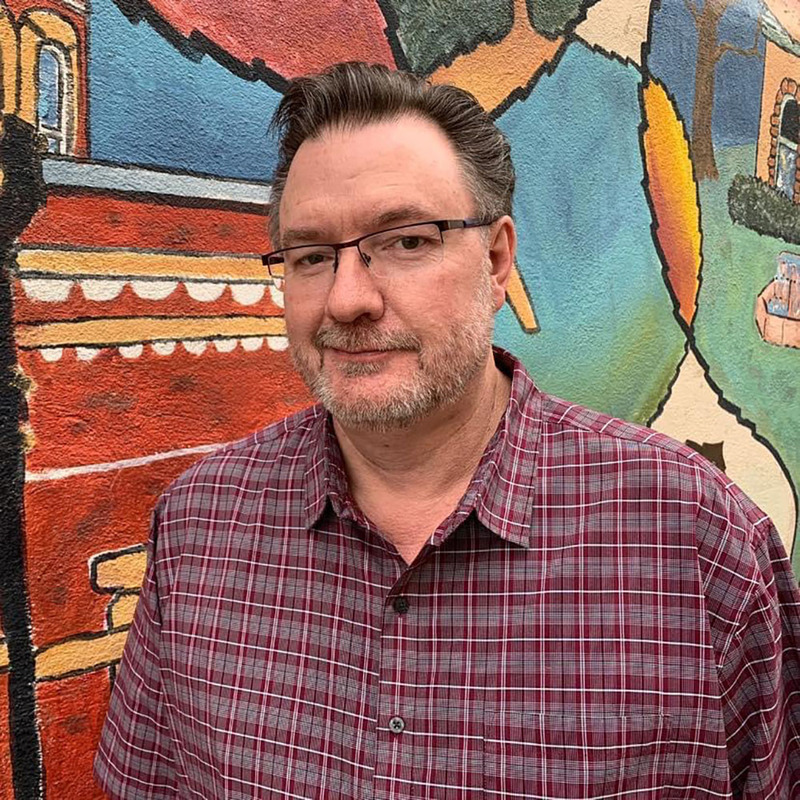 In the past 5 years, radio-host-turned-wedding-officiant Todd Harding has married over 300 couples on Valentine's Day, which averages to nearly 60 couples a ceremony, traveling from all around the country.

“We do it right,” officiant Todd tells AMM, describing the warmth and excitement their event creates.

“We do an official ceremony, and we take it seriously. And everyone who comes takes it seriously. Even the people who are renewing their vows,” he says. Everyone present can sense there’s something special taking place.

Related: Group Weddings Might Be the Biggest Trend in 2022 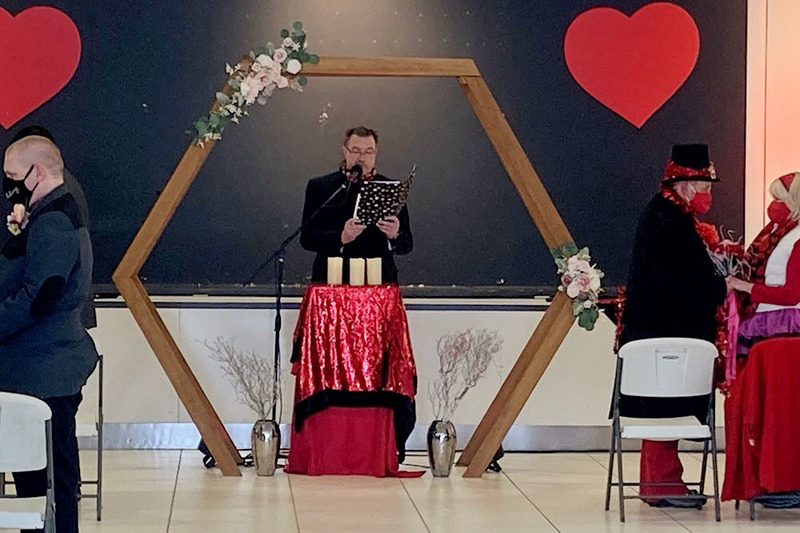 Check out those Valentine's Day colors!

We love a red wedding dress. <3

The ceremony is so moving that Todd keeps tissues close by, in case he or his couples start to cry. It was a precaution he learned early on, after being moved to tears while performing a wedding.

“I’m an old softie. I get really emotional about things,” he says. “I’m really sincere about it. It’s for real, it’s a real wedding.”

From the joyful photos of past ceremonies, it’s clear that Loveland’s Valentine’s Day couples feel exactly the same way. 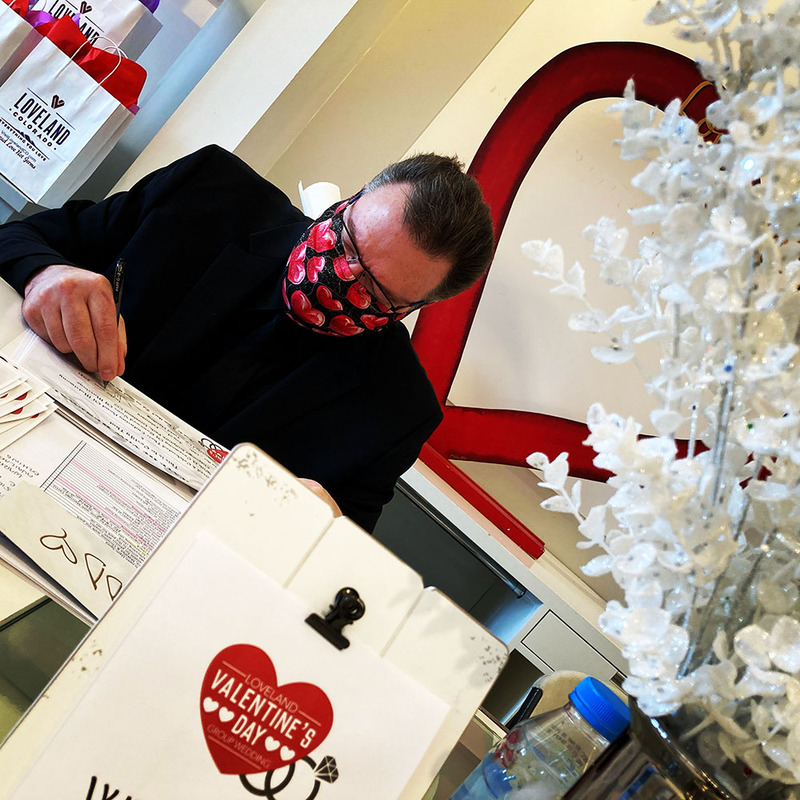 Todd's heart-themed cloth mask, worn while signing marriage certificates at last year's Covid-safe ceremony was the sign of the times.

Todd hadn’t officiated a wedding before the first group ceremony. But when he was approached by Christine Forster, the creative mind behind the yearly event, he was immediately interested. Christine owns My Big Day Marketing & Events, and partnered with The City of Loveland after several years of engaged couples asking about Valentine’s Day elopements.

“I come from a long line of love,” Todd told her, and that certainly rings true. Harding’s grandparents were married 60 years. His parents have been married for 60 years. And he and his wife Jenny have been married 27 years (and are still going strong). 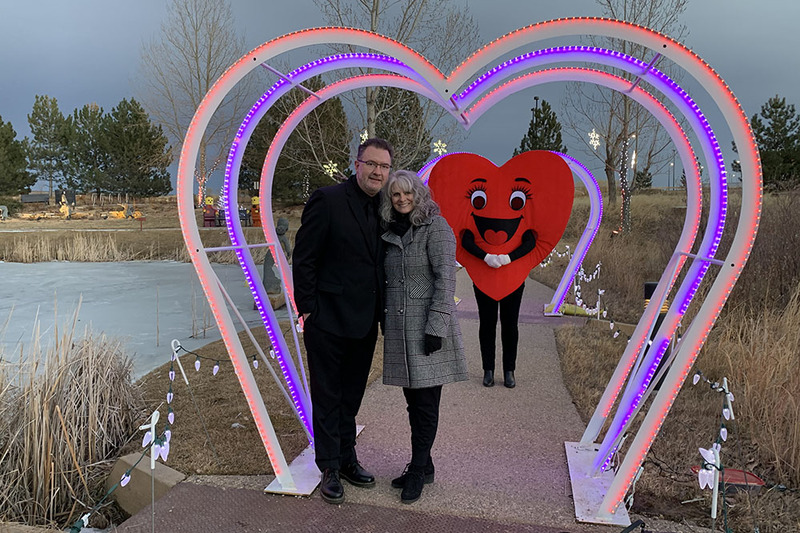 Todd and his wife Jenny pose under a heart light in Loveland's sculpture park.

He was inducted into the Country Radio Hall of Fame in 2017, along with co-host Gary, after 31 impressive years in the radio business.

Todd was ordained with American Marriage Ministries in 2018, and has been hooked on officiating since. He now offers private wedding services, too.

When we asked him what his favorite part of officiating is, he said that it's being an important part of a couple’s lives:

“ I love that I got to be there for one of the biggest moments in their lives.”

We can’t wait to see photos from this year’s lucky Loveland couples!

Get ordained!
How to Become a Wedding Officiant in Colorado

Friends and family members can officiate wedding ceremonies in Colorado: Become an ordained minister with AMM's free online ordination -- it only takes a minute to complete.

Would You Officiate a Wedding Outdoors During a Blizzard? 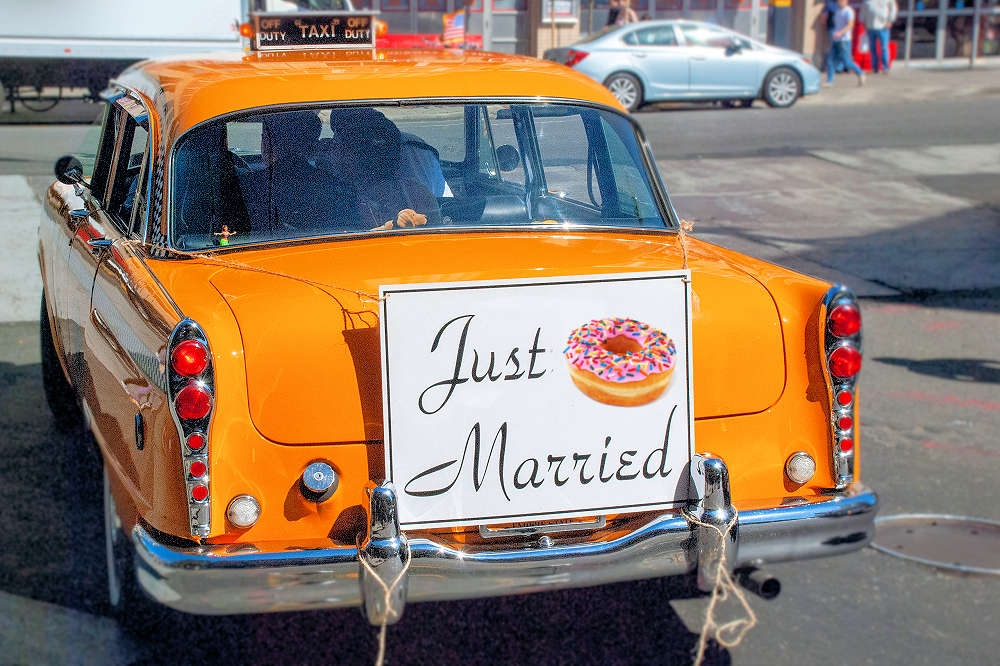 A drive-thru wedding at Dunkin‚Äô Donuts this Valentine‚Äôs? A sign of the times. 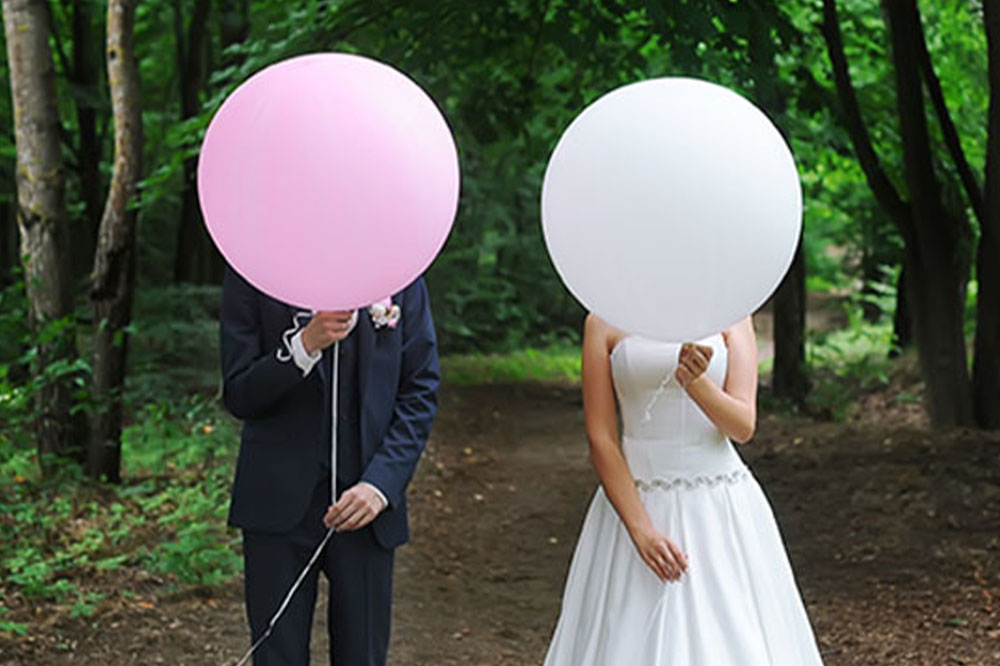 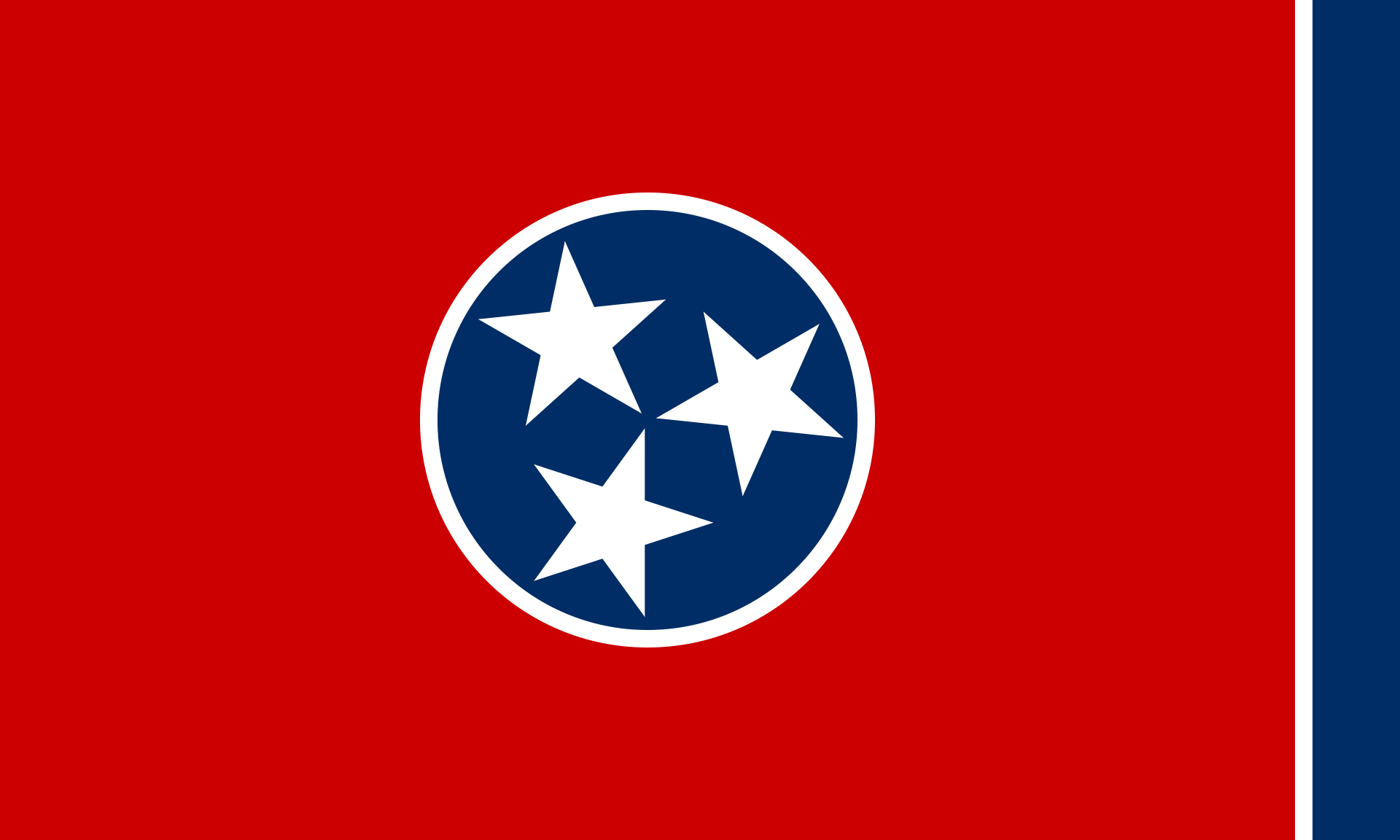 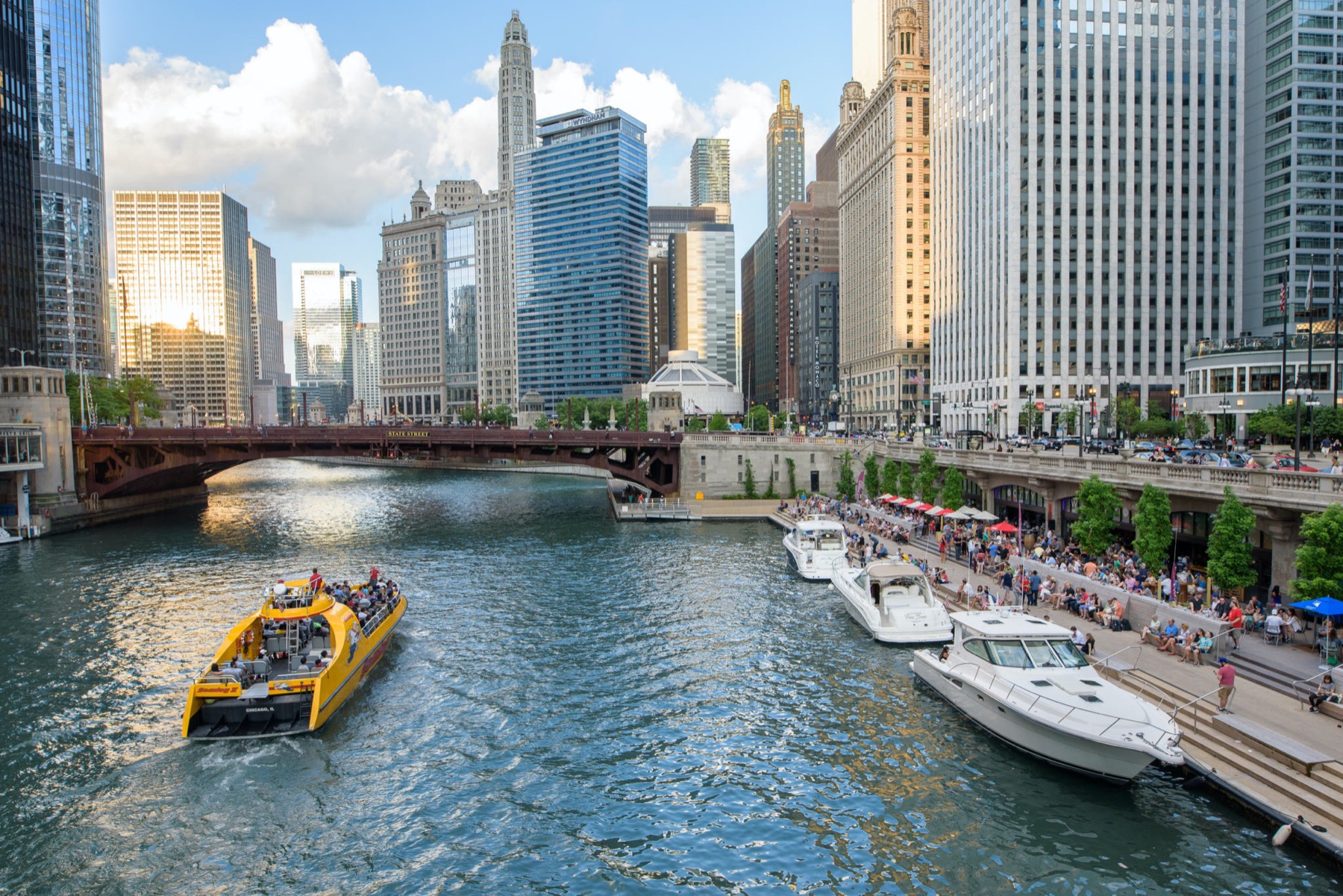 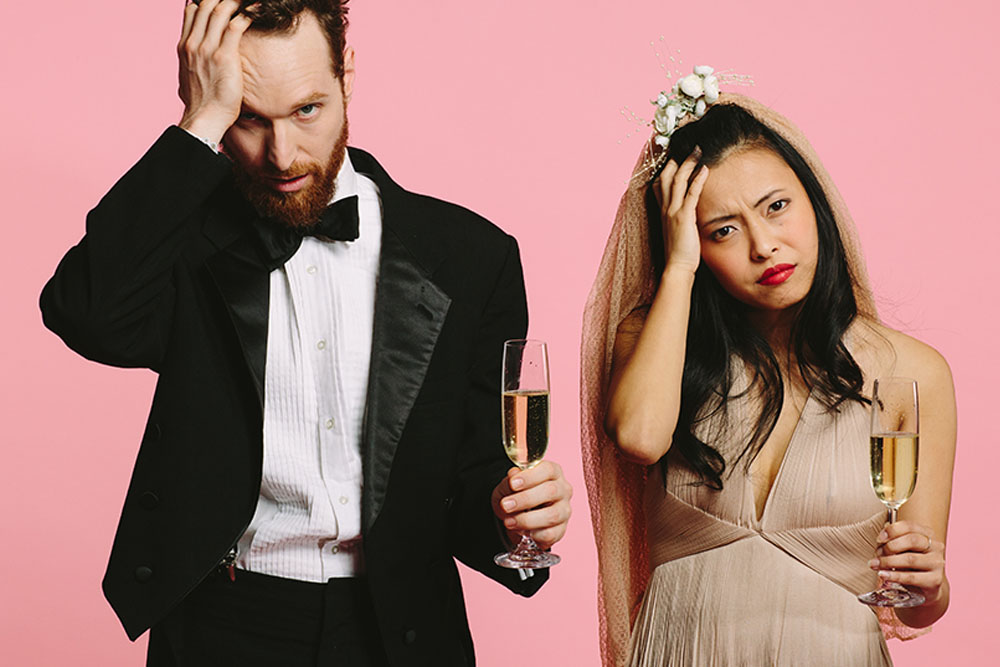 Wedding Officiants - Can You Tell When a Couple is Doomed?