Are Group Weddings still happening? They are, despite -- or maybe because of -- the pandemic.

Group weddings, also called mass weddings or collective weddings, are ceremonies where more than one couple gets married at the same time. Sometimes, hundreds of couples get married at once!

These festive, nontraditional gatherings have been happening for years and they’ve always made for a memorable occasion. This year, they’re also making headlines, and it’s easy to see why: in a year dominated by social distancing rules and restrictions on gatherings, group weddings seem to fly in the face of reason.

It’s clear that while many annual mass marriage events have been canceled due to warranted concern about the spread of Covid, others carry on. 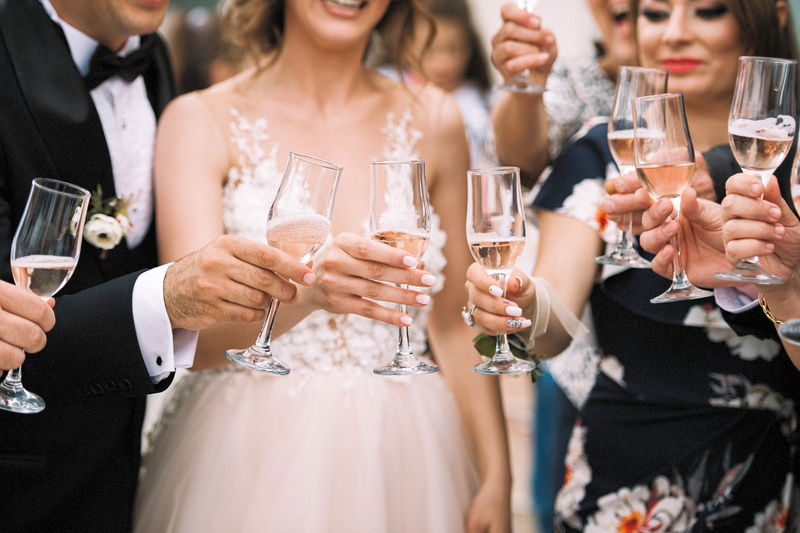 Dozens saying 'I do' at once? Now that's a reason to toast!

So why are couples still choosing group weddings?

One sure reason that couples continue to choose collective weddings is that they’re traditional in many cultures, and keep the focus on the marriage promise. Another is that they help newlyweds avoid the staggering, sometimes impossible, costs of a typical wedding.

They also offer couples a simpler way to plan their weddings, as there are fewer details to arrange, no venue dates to compete for, and no guilt over which family members to invite or exclude. And they often take place outdoors, in meaningful places, where the fresh, open air may ease many couples’ worries.

The legal requirements are as straightforward as those for their more traditional one-couple counterparts, too: if all couples have a valid marriage license, and the officiant performing the ceremony meets the legal requirements in the state and county where the ceremony is held, the marriages are valid. (Getting permission to legally gather in a group, on the other hand, is tough these days!)

Become a ordained minister online now with AMM and learn how to marry people using our training pages.

What does the endurance of group weddings in a pandemic tell us?

The fact that people are still choosing group weddings (during a pandemic!) might tell us a lot about couples’ priorities and unique challenges.

Though it’s not happening frequently enough to be called a trend, the endurance of mass weddings seems to suggest that tradition, money, and ease are primary concerns for couples.

Couples, it seems, want ceremonies that keep the focus on their promise to each other, are affordable, and that don’t include the guest-list-guilt or financial strains that accompany far too many weddings.

This definitely aligns with other notable wedding trends for 2021: outdoor elopements, minimonies, and microweddings.

Which brings us to... 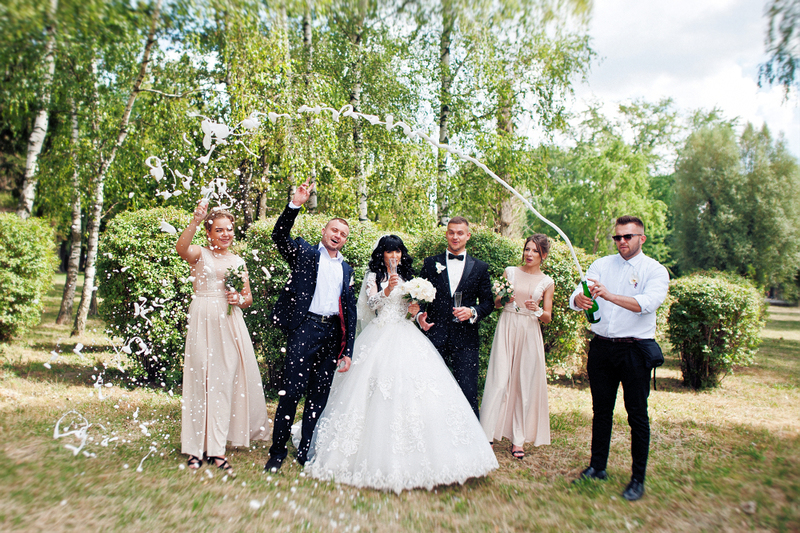 We’ll say it again (we’ve said it before), elopements are one of the trends we love for 2021!

Still, there’s no denying that group weddings come with real risks right now (and will continue to, for a couple more months at least). As public health experts agree, gathering in groups should be avoided until most people have been vaccinated, or everyone attending an event has been fully vaccinated.

For couples still looking for simple, affordable, safe alternatives to traditional weddings, classic elopements offer the most bang for the buck.

With elopements, couples are freed from the agony of picking a perfect guest list, stressing over family obligations, or overspending. And they don’t have to sacrifice the ceremonial aspect of having their promise witnessed by an officiant! They offer many of the benefits of a group wedding, without the risks.

If you must have an assortment of adoring on-lookers to welcome you to wedlock, we suggest choosing a meaningful outdoor space to elope, such as a community park, and wearing your most elaborate, flashy wedding attire -- there’s no doubt you’ll have all the distanced fanfare you could hope for!

In the meantime, we look forward to a not-so-distant future, when couples everywhere can gather in big, joyful groups to say “I do!” again safely. With vaccinatations ramping up across the country, this might come sooner than we could have hoped for, even a few short months ago.

Planning a spring or summer wedding?

AMM in the news: 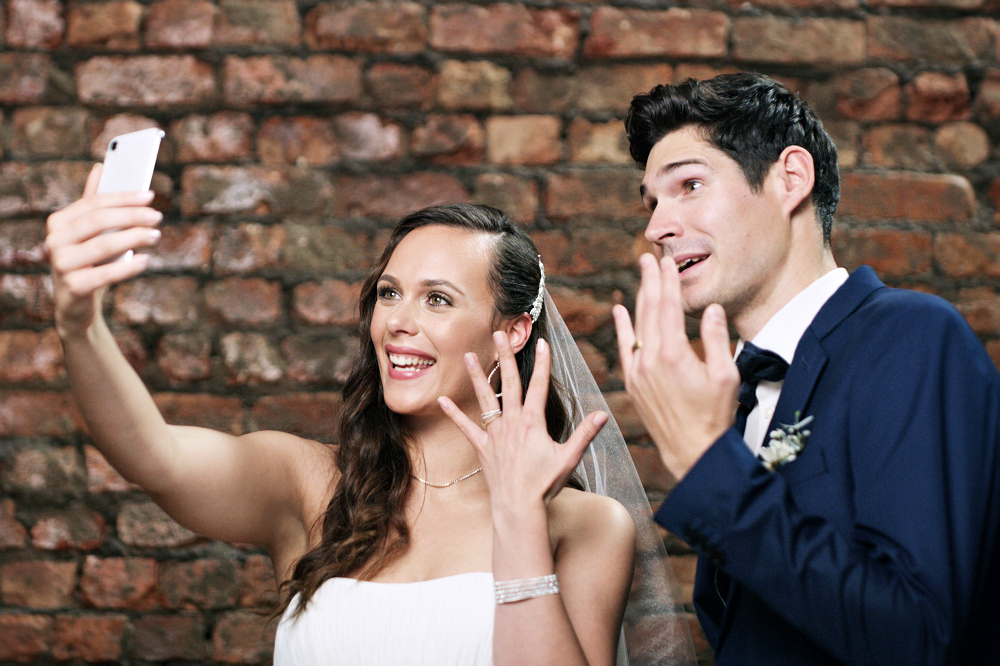 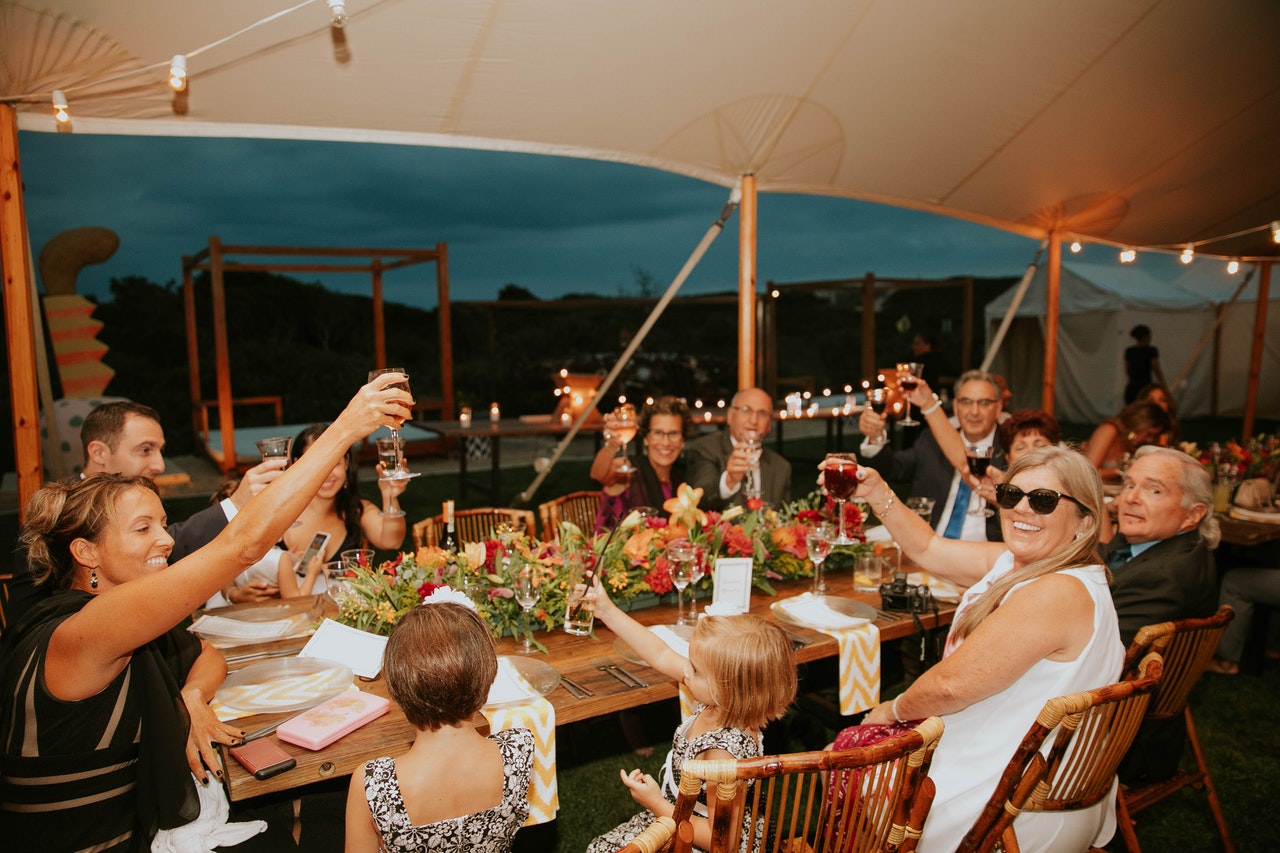 Who Should You Invite to your Wedding?