From Ordinary Officiant to High Priestess


HOW choosing a friend to officiate their wedding gave two essential workers the unconventional Solstice ceremony of their dreams while the city around them shut down.

The courthouse was closed. The wedding venue was closed. The suit shop was closed (with the suit still inside). The bride’s ring was the wrong size, but the jeweler wasn’t available. There wasn’t a notary in sight. Family members were canceling. The grocery store where they both worked was being swarmed by panicked shoppers daily. The groom’s neck seized up and he could barely turn his head. And to top it all off, a global pandemic was suddenly in full swing.  Stephanie and Brian’s wedding plans had taken several swift detours into uncharted territory.

“Everything went to hell in a handbasket,” Stephanie said. But in the end, she concluded, “It was perfect.”

How did a series of such unfortunate events turn out so right? The couple told American Marriage Ministries that while much of the day’s success reflects their love and resourcefulness—they describe themselves as perfect complements to one another—it wouldn’t have been possible without their incredible, magical wedding officiant. 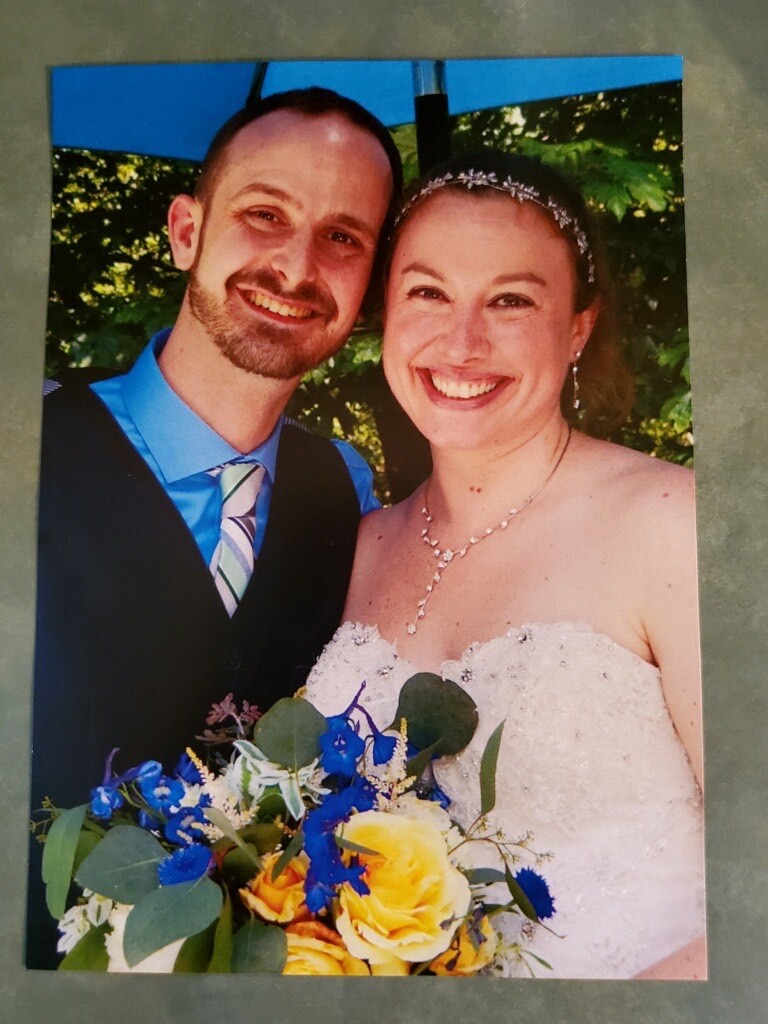 Stephanie and Brian on their Wedding/New Moon Ceremony

Ok, Patricia’s not really a priestess. At least not in a traditional sense. Most of the time she’s a seamstress, making costumes for actors and theatre use. But Stephanie happily calls her one, saying that Patricia’s friendship and personal knowledge of the couple gave her a certain set of superpowers: She’d seen their love coming from a long way off. She’d known both of them from the beginning, in the days when Stephanie and Brian first met. And she’d said from the beginning that one day they’d be married.

So when the courthouse sent over a list of local officiants to choose from, they decided not to use it. They wanted someone familiar. Someone unconventional. Someone who really got them. Someone magical. They’d immediately thought of Patricia.

“Patricia is a good overseer,” Stephanie said of their decision. Patricia had never officiated a marriage ceremony before, but the couple says they trusted she’d be organized and would help keep the potentially stressful day on track.

“She’s so joyful,” Stephanie added, and they knew she was the perfect choice.

Patricia happily accepted and was quickly ordained online while the city around them shut down. With the wedding venue closed indefinitely, she also offered to hold the ceremony in her backyard, where the small group could gather safely outdoors in the cool, welcoming shade of her deck. 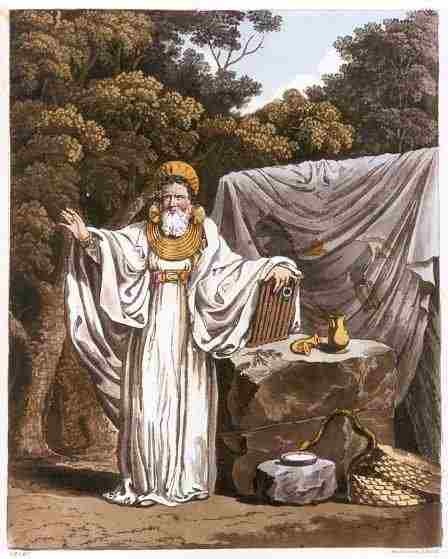 Druids, the life of the (wedding) party...

The couple were committed to keeping their wedding date the same: June 20th, the Summer Solstice. As the longest day of the year in the Northern Hemisphere, this year’s solstice happened to coincide with a New Moon.

“It was the brightest day and the darkest night,” Stephanie explains, describing it as both the happiest time of their lives and a deeply challenging time throughout the world. The day spoke to them in an important way.

But deciding to keep the original wedding date as the pandemic continued meant there wasn’t much time to adapt. Having Patricia to help with the ceremony allowed Stephanie and Brian to focus on the many, many changes that were needed.

The guest list of several dozen was pared down to two: the Maid of Honor and Best Man. They tracked down a notary on the small island where they live outside of Seattle and had their marriage license signed informally on a front porch. They borrowed a dress-shirt from a friend to replace the missing suit and substituted the engagement ring for the wedding band. The Maid of Honor offered up her camera to make sure there were photos.

The day of the wedding, Stehanie made a quick run to the grocery store in her wedding dress to pick up last minute supplies and to wave to her coworkers, making them part of the day. To include family and friends in the unorthodox ceremony, the couple set up a computer for those joining virtually through Zoom. And although last minute technical difficulties and threats of rain almost thwarted the new plan, many were able to watch the sunny ceremony from home.

Patricia handled the rest with love and ease. She kept the ceremony simple, putting the focus on the vows. In place of a unity candle, the couple used salt and pepper mixed together to represent “how well their flavors go together” and to symbolize that while inseparable, they’re also unique and vibrant individuals. After the simple ceremony, the five of them shared a quiet afternoon meal in Patricia’s yard.

“She was our High Priestess,” Stephanie said, her voice warm with the memory. The perfect overseer of a once-in-a-lifetime Solstice New Moon pandemic-era wedding.

How does a couple follow a day like that? When the pandemic passes, the newly-weds say they will throw a big, boisterous anniversary party to renew their vows in the original venue so that their large families can come share in the celebration.

But for Stephanie and Brian, this ceremony, on this day, was perfect—thanks to their friends, some quick thinking, and one very special seamstress-turned-High Priestess.

Butt-bumps and gift baskets, 6 ways friends and family can keep their distance while showering a newly-wed couple with love 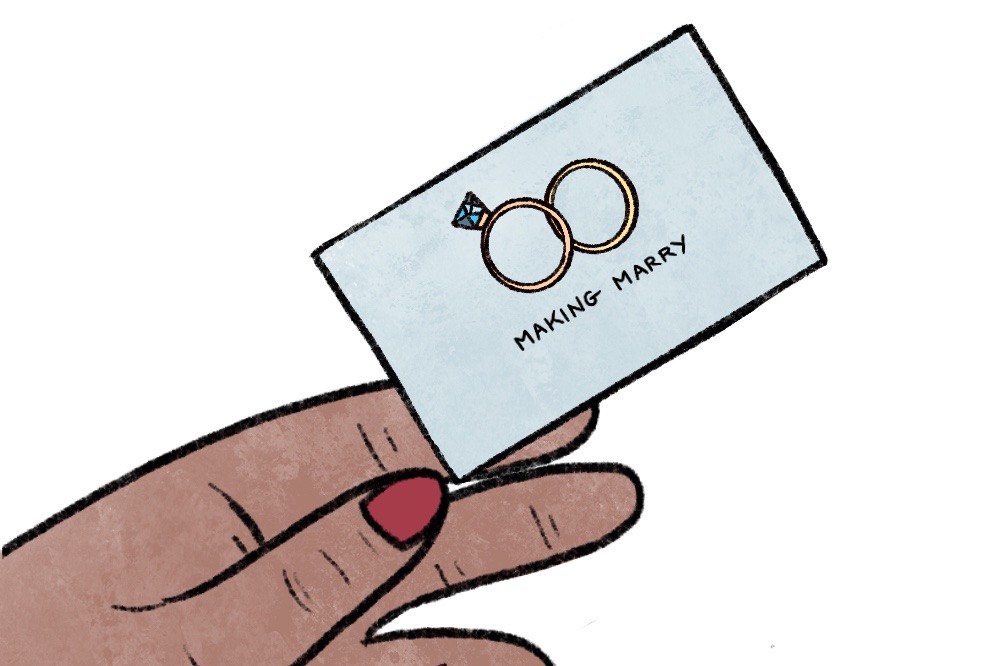 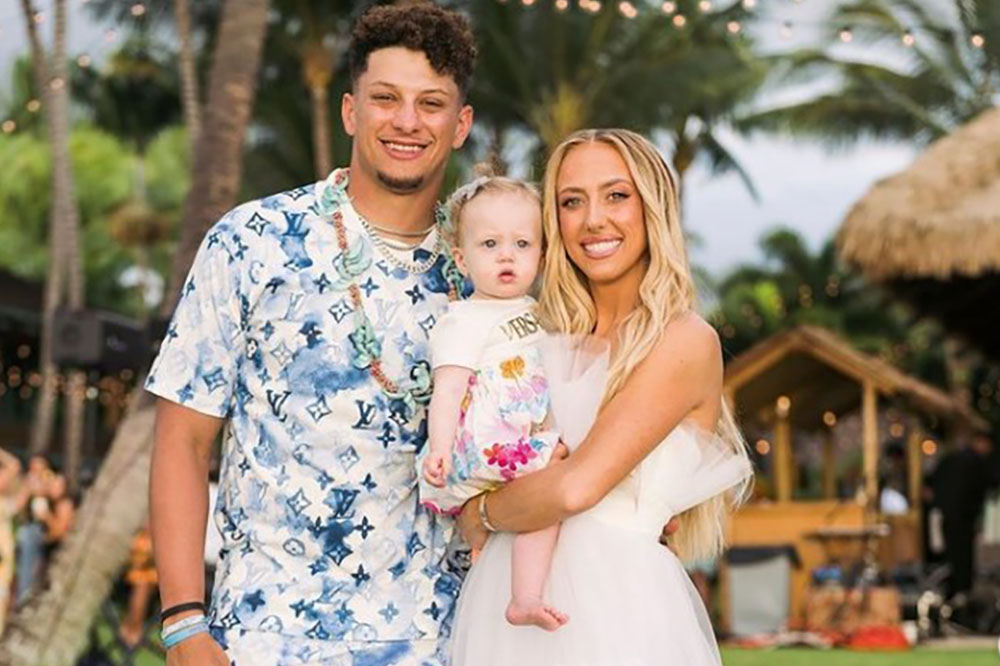 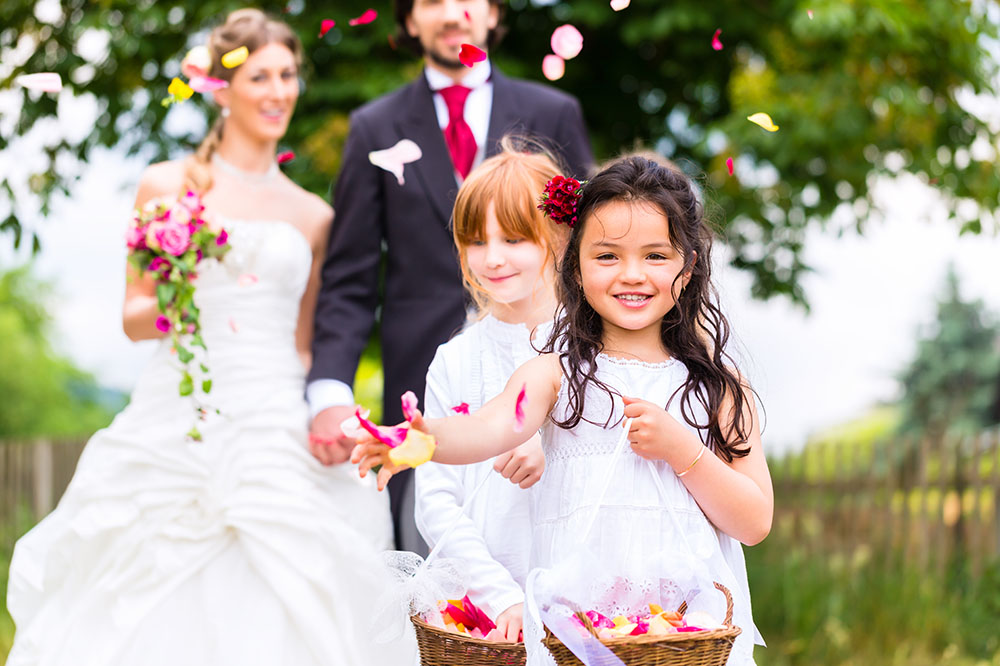 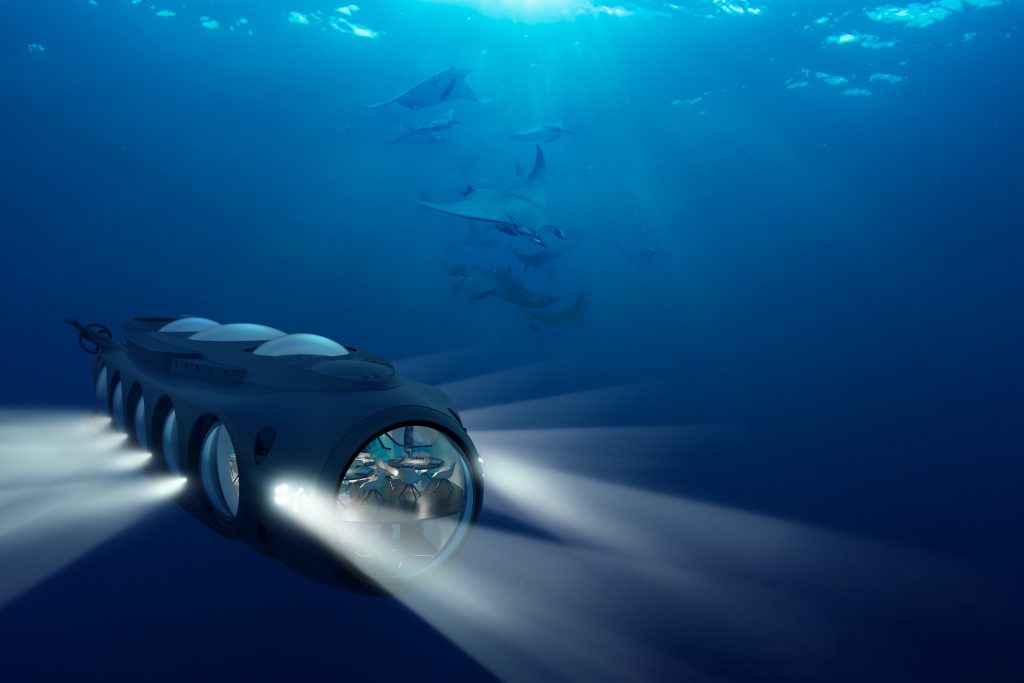 Submarine weddings are coming! Would you officiate 650 feet underwater? 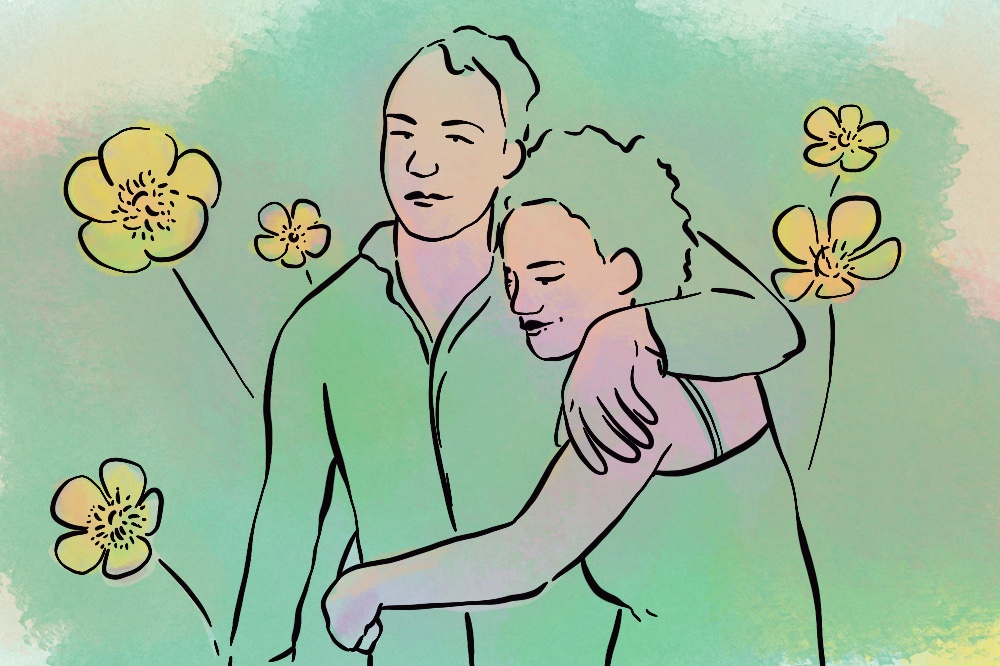 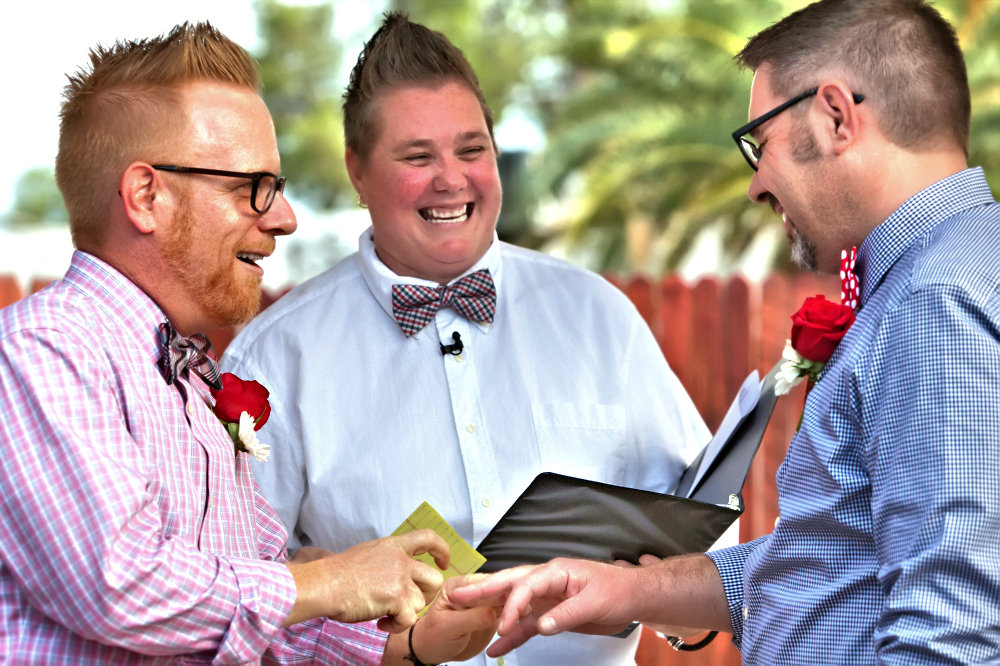 Couples can marry for free at Philly pop-up event in support of marriage equa...