The Twisted History of Valentine’s Day


Curious how America’s most romantic holiday got its start? AMM takes a look back at the bloody and uncertain history of Valentine’s Day, from pagans, Popes, and poets, to Hallmark, roses, and romantic proposals!

We have Shakespeare, Chaucer, and a little card company in Missouri to thank for making Valentine’s Day what it is today…

...a love fest instead of a drunken blood sacrifice!

Whether you’re getting down on one knee to propose this Valentine’s Day, eloping with a romantic getaway, or buying up sale-price chocolate for a rom-com binge alone on the couch (not us over here heading to the store…) it might interest you to know that this rose-scented holiday wasn’t always the love fest it is now.

Yep, blood!  Valentine’s Day has a decidedly gorey past.

Many historians speculate that an early version of Valentine’s Day, called ‘Saint Valentine’s Day,’ was established on February 14th to honor two Catholic martyrs (both conveniently named Valentine) who were beheaded in the 3rd century.

But if that’s not gruesome enough, it’s thought that Pope Gelasius I actually popularized the anniversary of these grisly deaths in the 5th century, to discourage the celebration of another bloody occasion – a Pagan fertility festival that happened to fall on the same day. 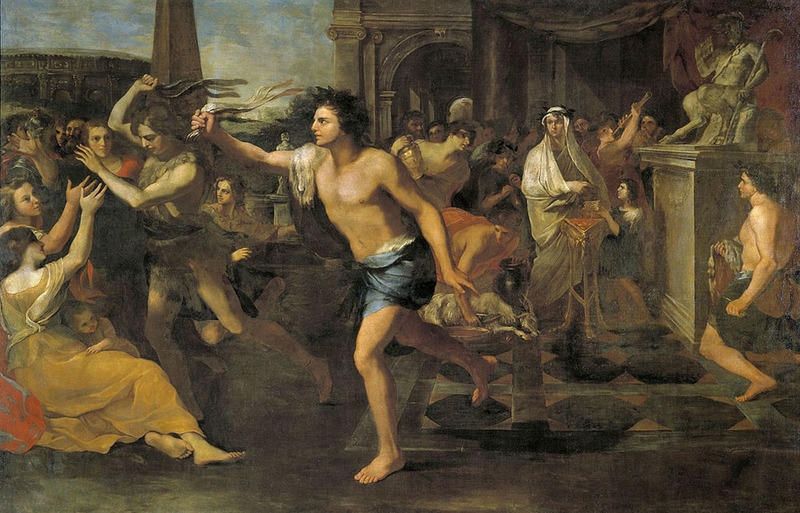 This festival, called Lupercalia, was celebrated with heavy drinking, nude revelry, and blood. More specifically, the sexually-charged ritual blood sacrifice of dogs and goats – making it rather popular with a certain type of pagan partier. (And rather unpopular with the Catholics.) [via Time]

During Lupercalia, drunken Roman priests (called Luperci) stripped naked, sacrificed the animals, and skinned them. Then, they’d smear the blood from their blade onto their faces and use the bloody pelts to beat naked women, who were lined up in a row, to ensure their fertility. All before pairing off to… celebrate further.

(We can’t really make this ritual make more sense. You’ll have to take it up with the Romans.)

But Gelasius’s attempt to rebrand February 14th wasn’t the only effort.

The Normans, a group of Vikings and Norsemen who settled in northern France, celebrated a day called Galatin’s Day around the same time that the Pope’s Saint Valentine’s Day hit the scene.

But instead of an ode to headless saints, ‘Galatin’ meant ‘lover of women,’ and the holiday was a day of romance, drunken romps, and general carousing. [so say the wise folks at NPR]

This annual frolic sounds much more in-line with the feasts of Lupercalia. And since the Normans pronounced their ‘g’s as ‘v’s, it’s little wonder that flirtatious ‘Galatin’s Day’ might be easily confused with Saint Valentine’s Day.

Galatin’s is not to be confused with Galentine's Day, of Parks and Rec fame, of course.

The history gets fuzzy for a couple hundred years, but it appears that Galatin’s Day and Saint Valentine’s Day became, simply, Valentine’s Day – a sweet day for loving women, without the beheadings or bloody beatings.

Which brings us current – almost.

Geoffrey Chaucer embraced a tender take on Valentine’s Day in Parlement of Foules (or Parliament of Fowls) in the late 14th century, writing:

“For this was on seynt Volantynys day. Whan euery bryd comyth there to chese his make.”

Translated as: "For this was on Saint Valentine’s Day. When every bird cometh there to choose his mate." (via The Shakespeare Birthplace Trust)

This, it’s thought, really sealed the deal on Valentine’s Day as a day of love and romance.

Shakespeare joined in later, referencing this lovey-dovey (no pun intended?) take on Valentine’s Day in A Midsummer Night’s Dream, as Theseus, stumbling upon four lovers sleeping in a sweet pile, says,

“Good morrow, friends. Saint Valentine is past. Begin these woodbirds but to couple now?” (via The Shakespeare Birthplace Trust)

With Shakespeare's reputation as the go-to Bard of Love, it’s easy to see how this poetic and dewy-eyed version of the holiday quickly gained popularity.

But Valentine’s Day still wouldn’t be what it is today without a little card company in Missouri, and a clever marketing strategy to increase revenue after a decline in postcard sales…

Hallmark Card Company introduced their first Valentine’s Day greeting cards in 1913 (via Hallmark), with mass production taking off in 1916, following in the footsteps of badass artist Esther Howland (who published the first American valentines in 1839). 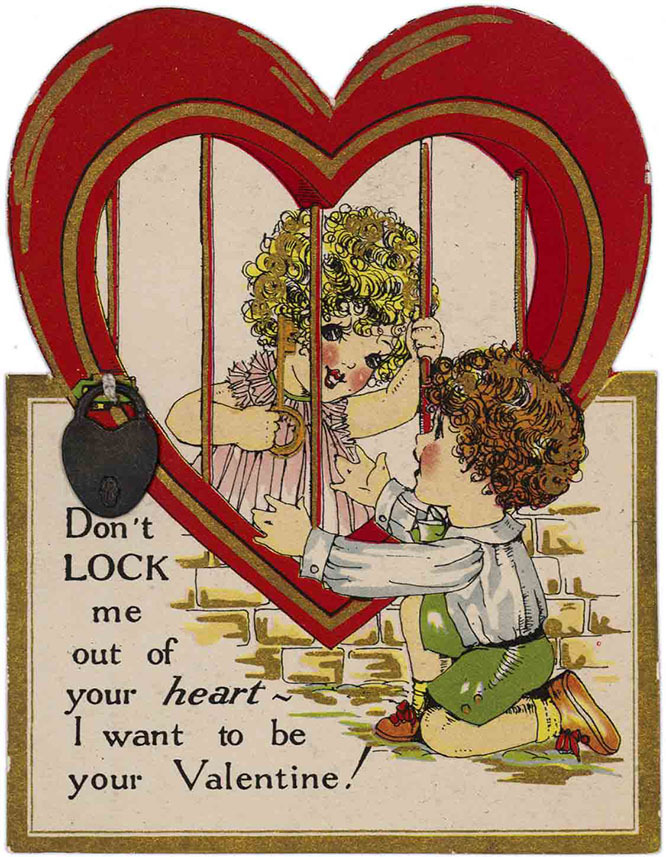 Soon, an entire industry grew up around the holiday. Jewelry makers, Hollywood starlets, and news outlets hopped on board, along with candy makers, toy creators, and florists.

Valentine’s Day, as a modern spectacle of all things amour had officially arrived!

So, this year, as you stress over choosing the perfect rose bouquet, debate the princess cut versus the round, or lament the cost of an overpriced box of assorted chocolates, just remember…

At least you're not sacrificing a goat in the nude. 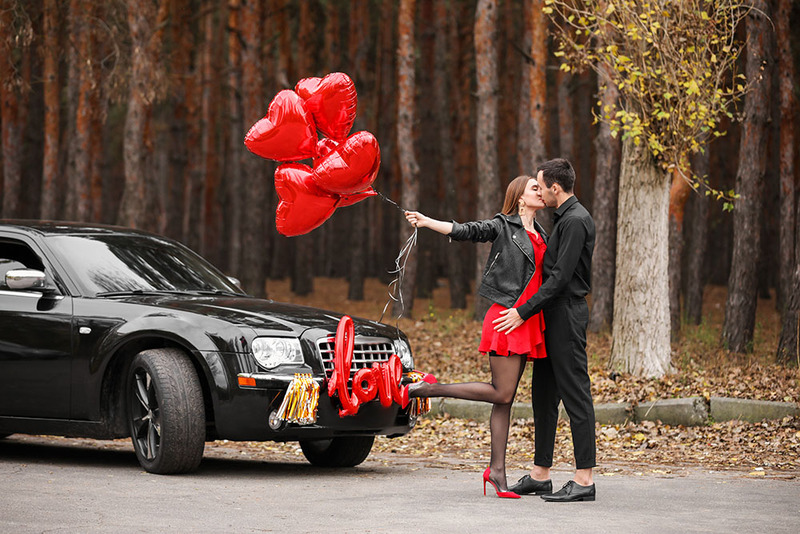 AMM is a 501(c)3 nonprofit church committed to marriage equality, and provides free ordination and training to ensure that all people have the right to get married and to perform marriage.

Get ordained online and learn how to perform marriage for friends and family. 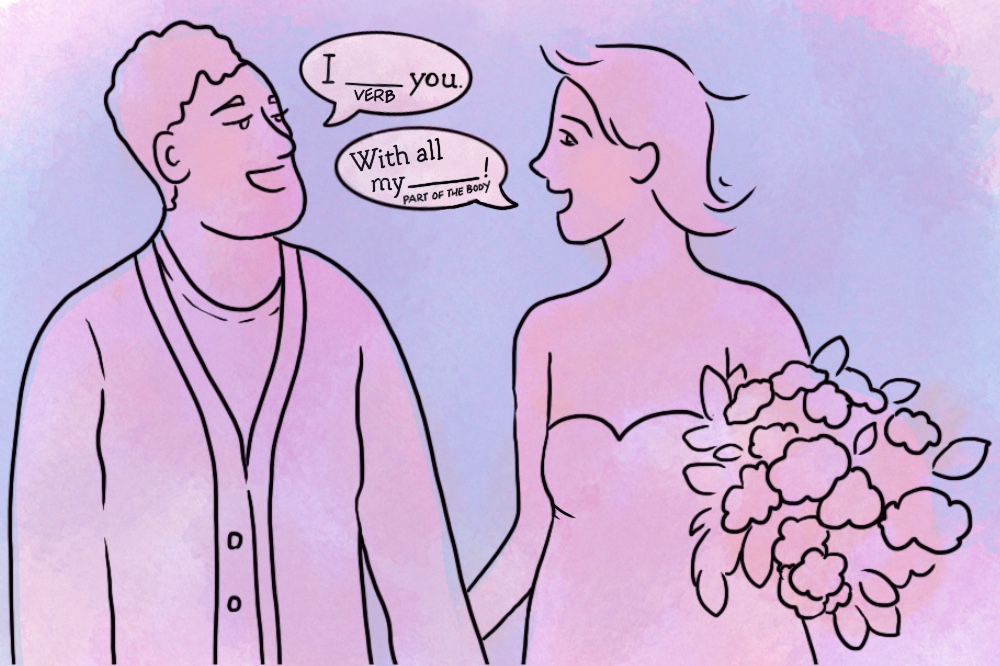 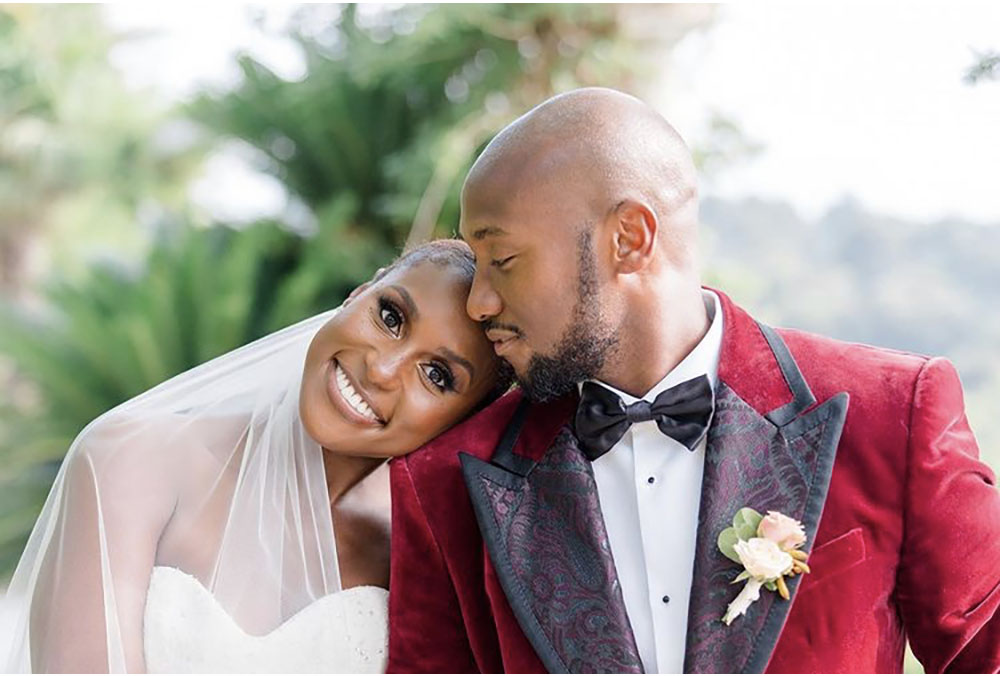 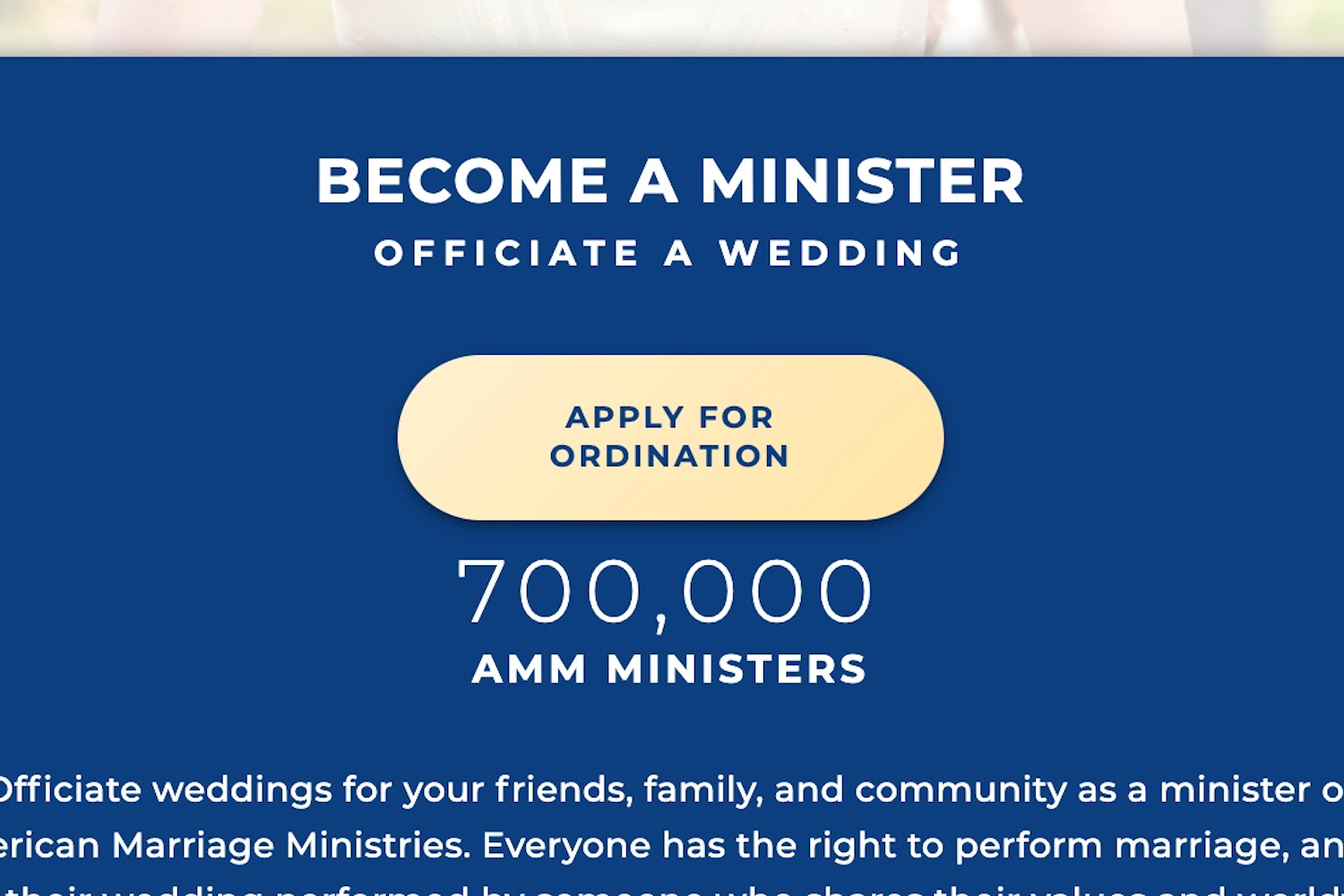 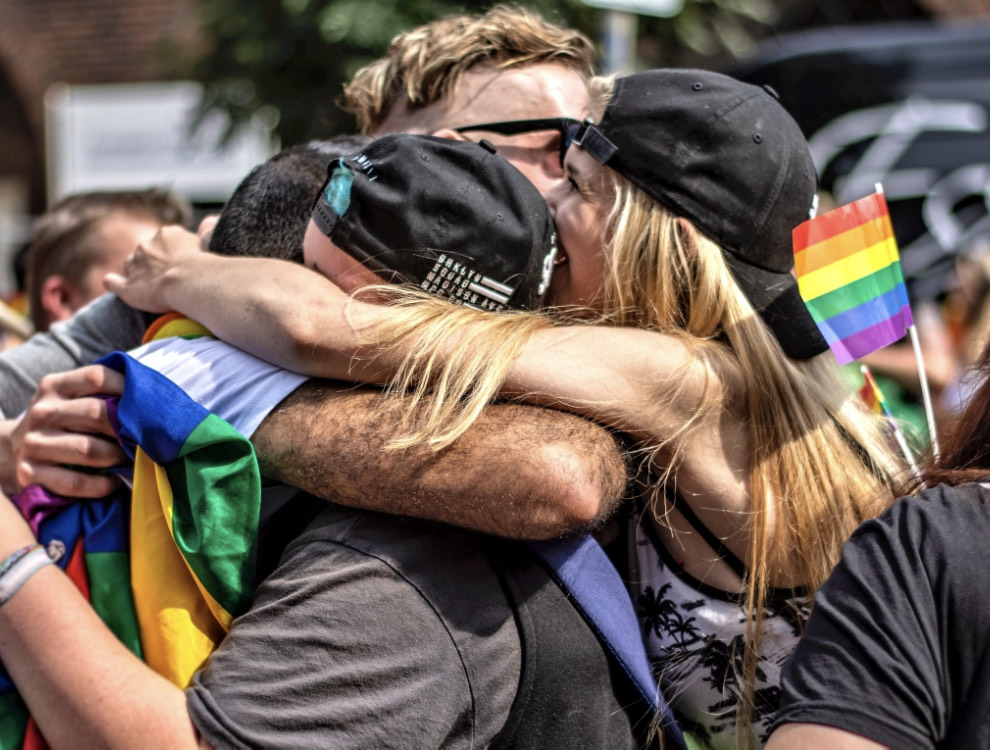 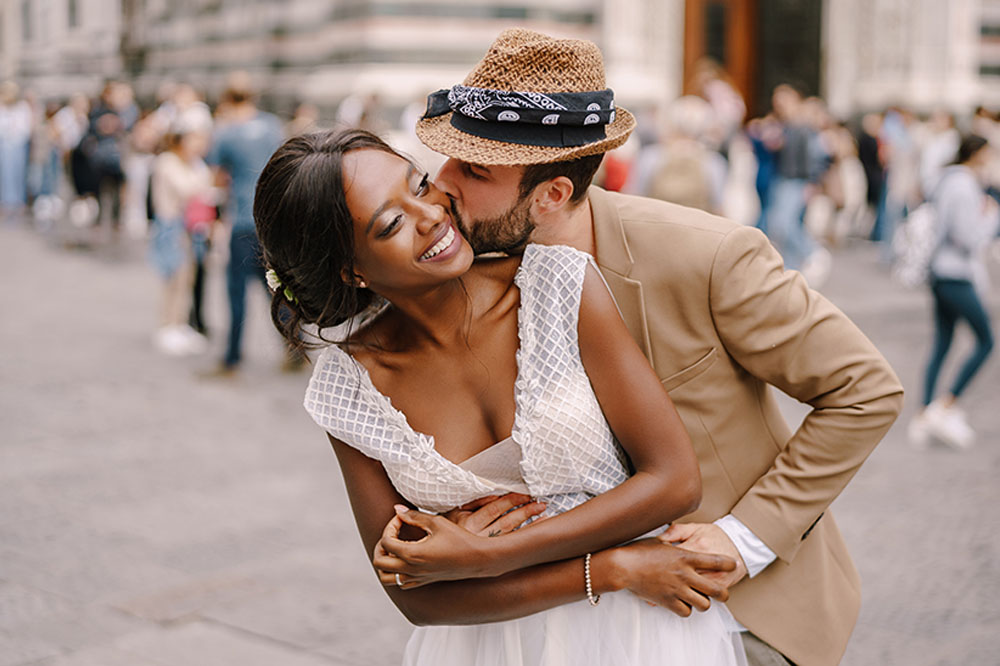 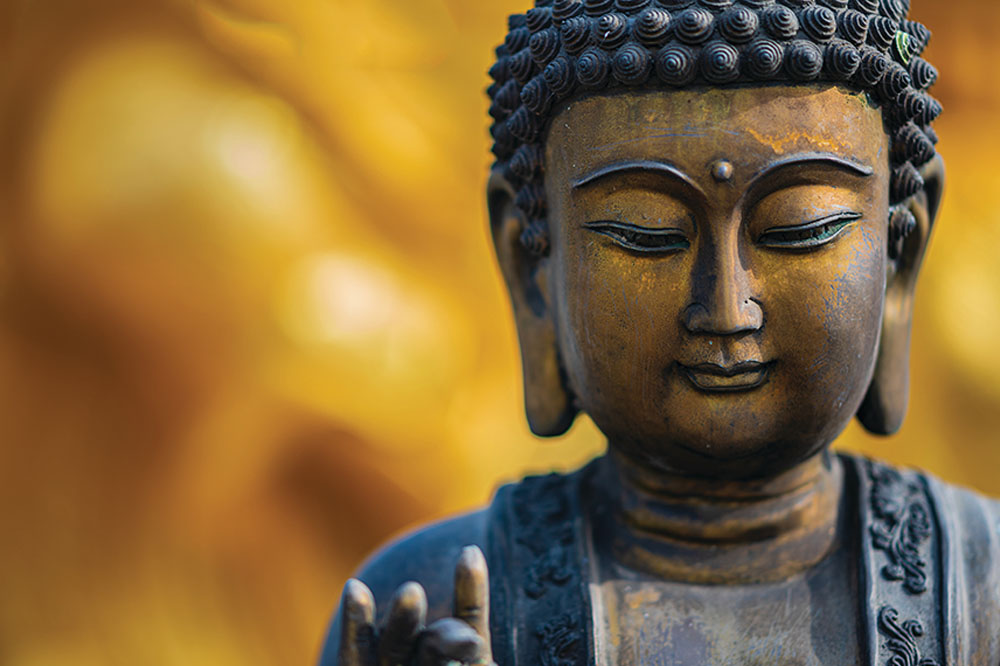 30 Buddhist Quotes on Love & Happiness for Your Wedding Ceremony Script