Candace Cameron Bure made headlines this week for comments against same-sex marriage, telling The Wall Street Journal (WSJ) that Great American Family media network plans to keep 'traditional marriage at the core' of its Christmas movies. Read our take on the actor's interview, the exclusion of LGBTQ+ characters and queer families from holiday films, and Hallmark Channel's first gay Christmas movie.

Well, we won’t be binging any of Candace Cameron Bure’s vintage Full House holiday episodes or sappy rom-coms this holiday season. It’s a bummer, but so is the actor/ producer’s recent announcement that same-sex marriages have no place in the Christmas movies she makes.

In an interview released this week by The Wall Street Journal, Bure said that she and her new employer, Great American Family* (GAC Family), “will keep traditional marriage at the core” of their holiday entertainment. (via WSJ)

Which is to say, there will be no gays allowed at Bure’s Christmas. (How boring.)

Bure became the chief creative officer at GAC earlier this year after more than ten years at the Hallmark Channel. In her new executive role, she’s producing Christmas movies and other conservative genre content with a distinctly Christian focus.

Bure left Hallmark in part because of the network’s decision to (finally) feature same-sex relationships and queer characters in their films.

(We don’t know about you, but we’re thrilled Hallmark’s finally highlighting queer stories. Queer couples have as much a right as anyone else to star in awkward romances and family dramas.)

Bure told WSJ, “[Hallmark] basically is a completely different network than when I started because of the change of leadership.” She said that she chose GAC Family because they’re “Christians who love the Lord, and wanted to promote faith programming and good family entertainment,” adding that she’s ready to make movies that have “more meaning and purpose and depth.”

But as Rolling Stone so succinctly pointed out, her films “don’t have more purpose, or depth, than [Hallmark’s] conveyor belt of holiday movies, they just have less gay people.” 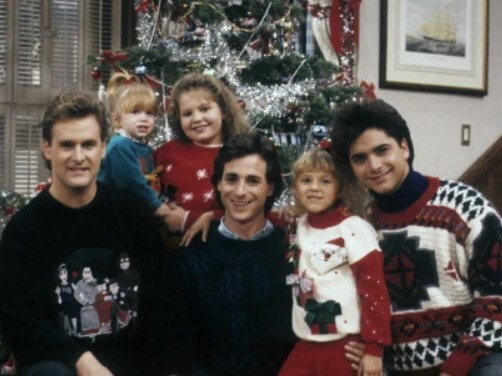 So many dads. We'll miss you, D.J. (Screenshot from a Full House Christmas episode)

This is not the first time that Bure has been outspoken against LGBTQ+ rights. In 2015, she stood up for a bakery in Oregon that refused to make a gay couple’s wedding cake. “I don't think this is discrimination at all,” she said at the time, adding, “We do have the right to still choose who we associate with.” (via Yahoo!)

Related: AMM ordains people of all faiths -- from pagans to monotheists, atheists to agnostics!

While Bure and GAC’s decision to exclude LGBTQ+ people from their movies might not seem like a direct harm to others, their very public message that great family entertainment shouldn't include gay couples kinda hurts everyone.

It reinforces the false idea that love, acceptance, and faith can’t coexist. It suggests that queer friends, siblings, daughters, sons, and cousins shouldn’t be invited home for the holidays. It says that same-sex couples don’t have the right to a loving marriage or the right to bicker over who’s turn it is to clean up after Christmas dinner.

(Not to mention that sitting through of one of Great American Family’s straights-only movies might feel like torture.)

Celebrities and other public figures like Bure have significant influence, and for better or worse, their words have power. In this way, discriminatory comments like hers can also directly contribute to increases in anti-LGBTQ+ sentiments and violence against queer communities.

And as the advocacy group GLAAD said in a statement released yesterday, most people don't agree with Bure's stance, including other Christians. "Bure is out of sync with a growing majority of people of faith," they said, "including LGBTQ people of faith, who know that LGBTQ couples and families are deserving of love and visibility." (via TODAY)

So instead of watching Great American Family’s Christmas movies this year, consider enjoying some queer holiday cheer instead…

Whatever Hallmark's shortcomings were in the past, this time they just might get it right.

Read next : Our Biggest Complaint About Hallmark Christmas Wedding Movies 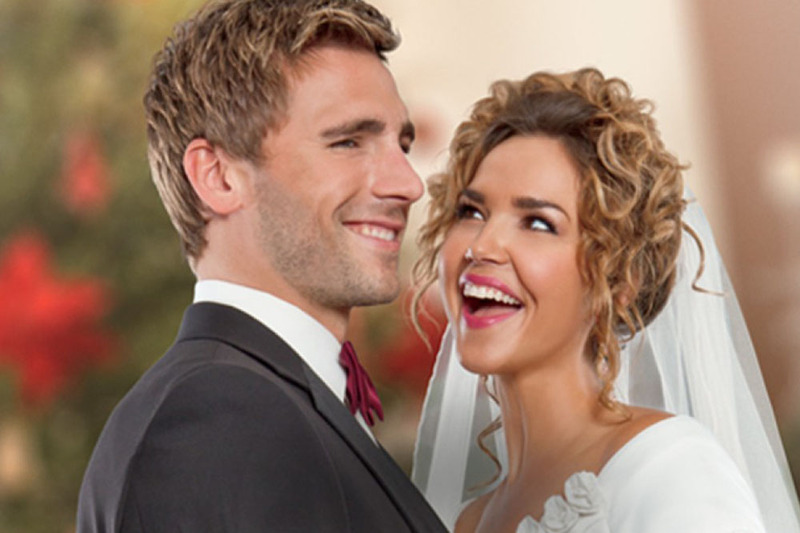 (A scene from Hallmark's A Bride for Christmas) Read our biggest complaint about Hallmark Christmas movies, and why we want a full length Hallmark wedding ceremony script!

Equal rights might be the law in 2022, but many LGBTQ+ couples still struggle to find ministers who not only respect, but celebrate their unions.

That’s why AMM’s mission is a part of this story.

Our ordinations allow all couples – non-english speaking couples, LGBTQ+ couples, interracial couples, rural couples, economically challenged couples, and everyone else – to find an officiant that won’t judge them, and who shares their values.

Our ordinations are helping non-traditional couples of all stripes have public weddings that celebrate their lives, which moves the needle on public attitudes and helps bring this country’s laws and practices in line with the ideals that defined its founding.

Get ordained with AMM here. 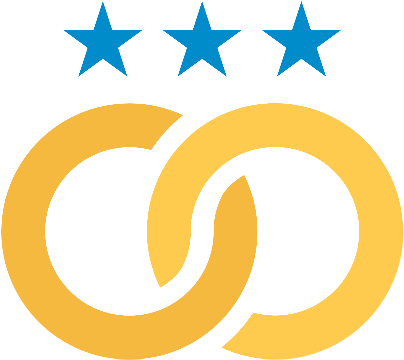 A simple wedding script that includes a unity sand ceremony, joint ‘we do’ wedding vows, a heartfelt invocation that mentions marriage equality, family, and the power of love. An inclusive script for same-sex couples and others in the LGBT (LGBTQ +) community. 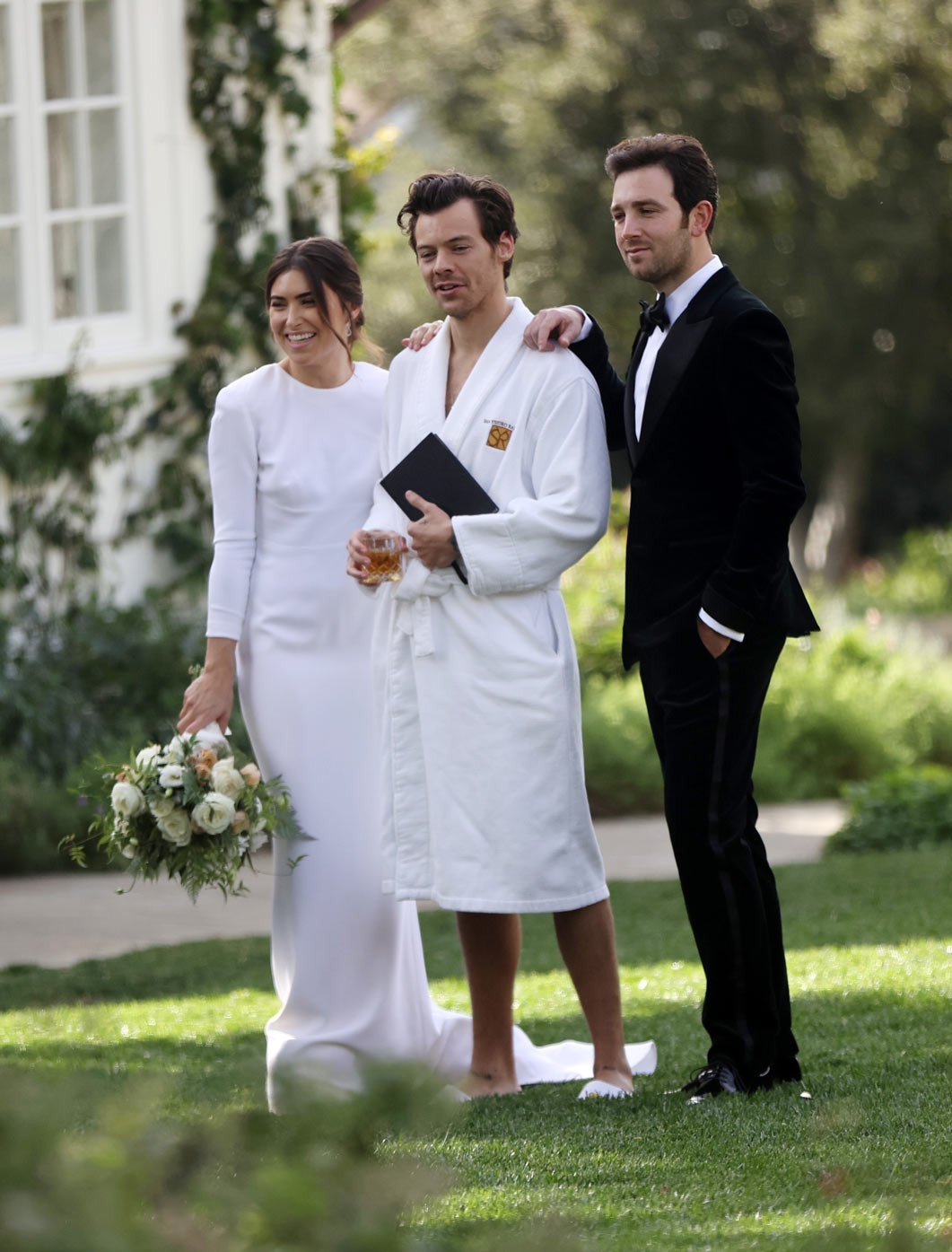 Harry Styles officiated his agent’s wedding in a hotel bathrobe! Plus, a look... 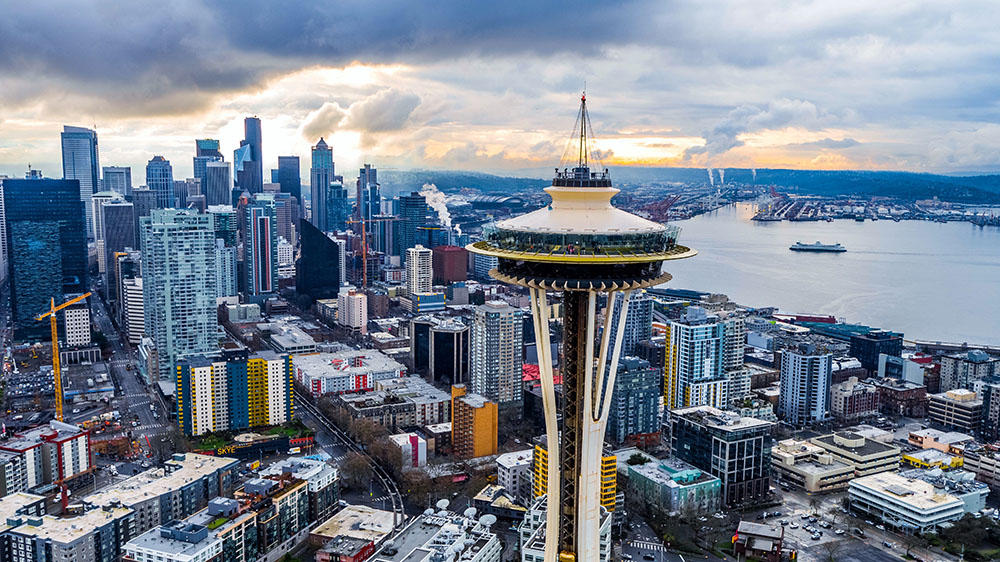 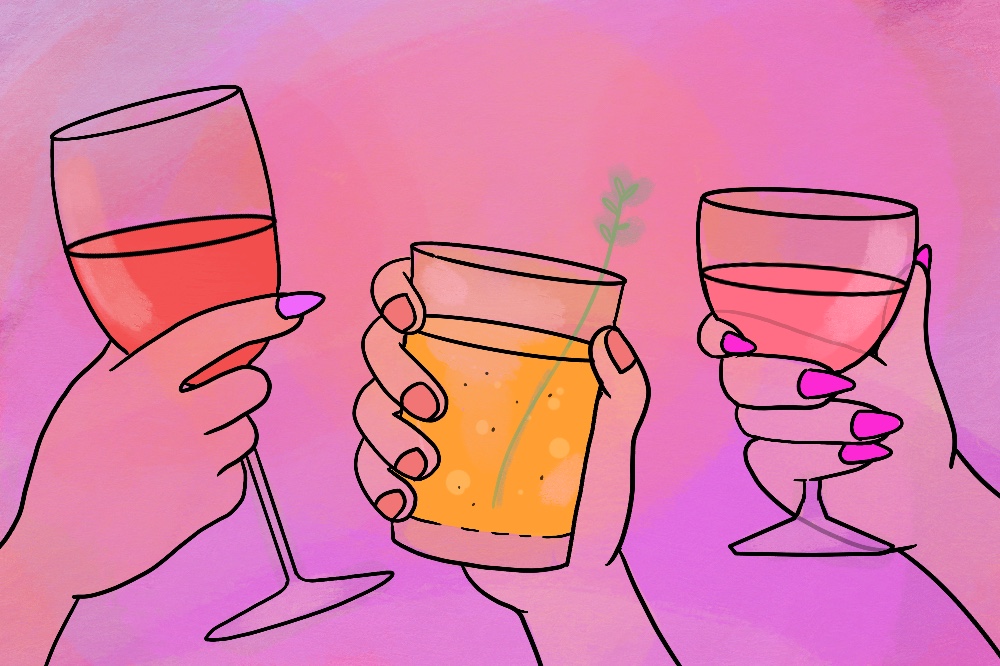 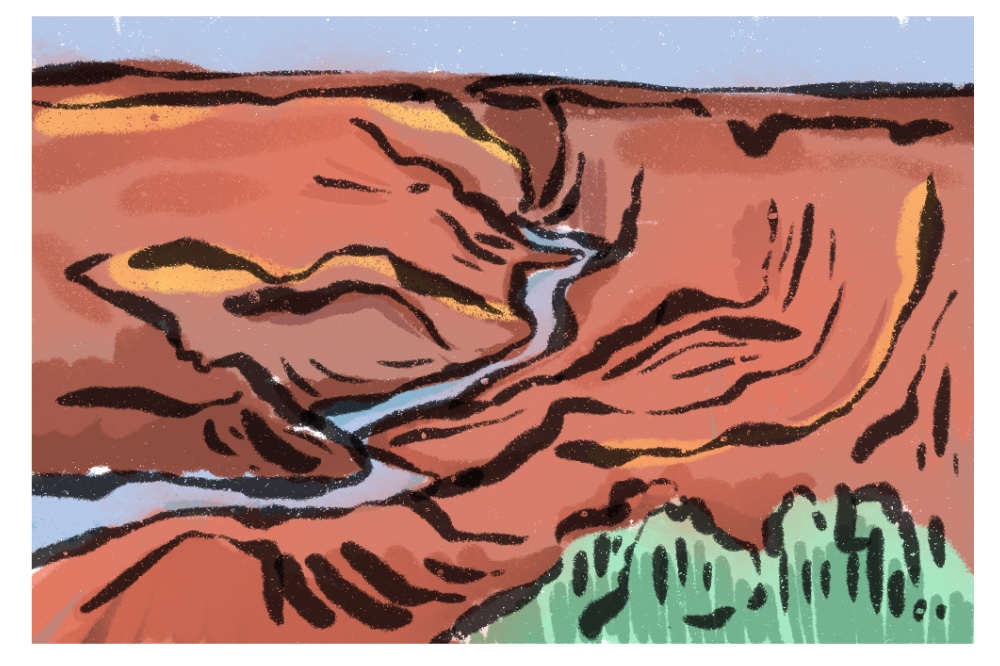 Plan a Wedding Ceremony in a National or State Park During COVID-19, in 5 Steps 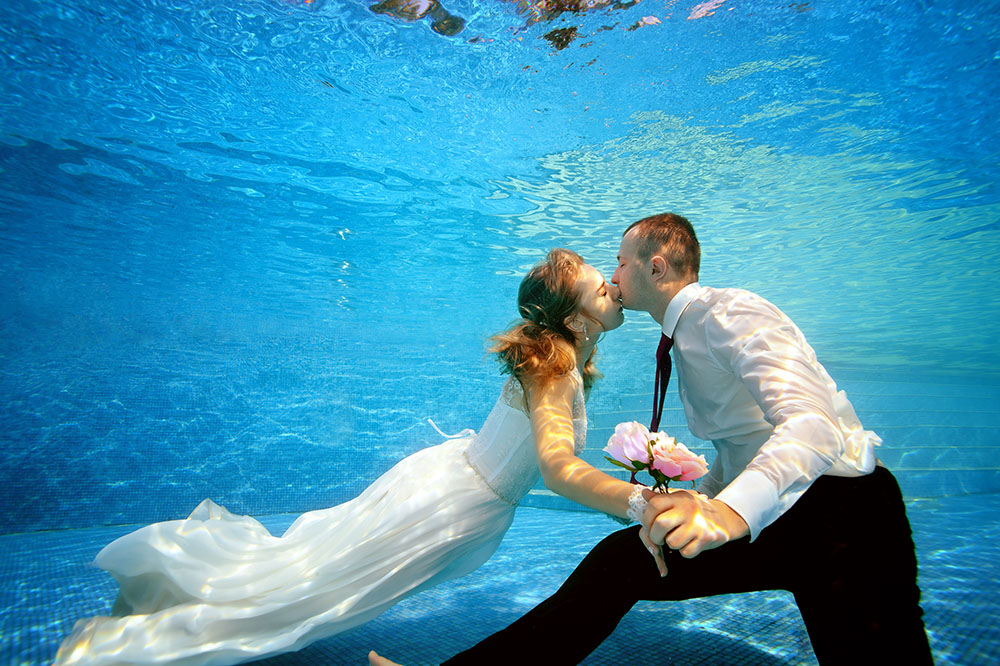 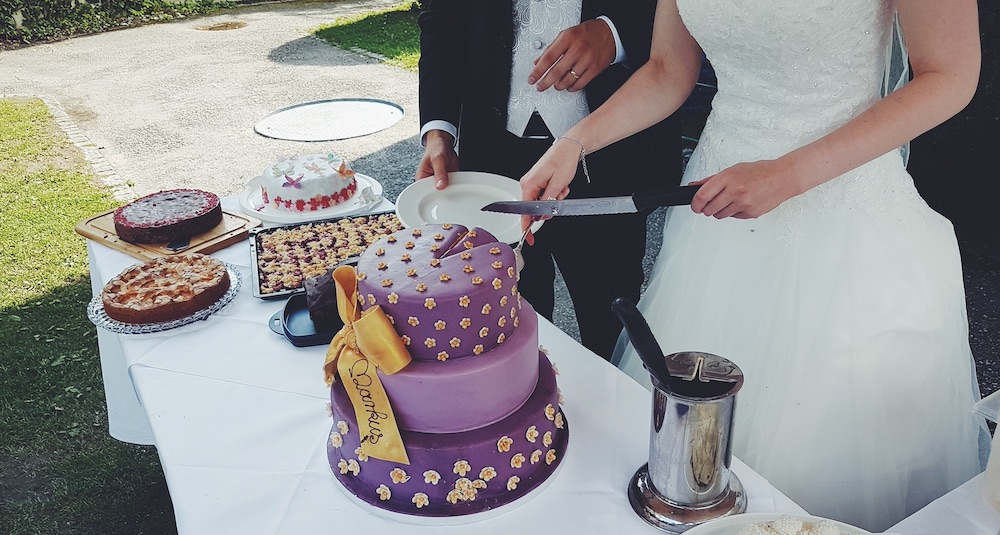