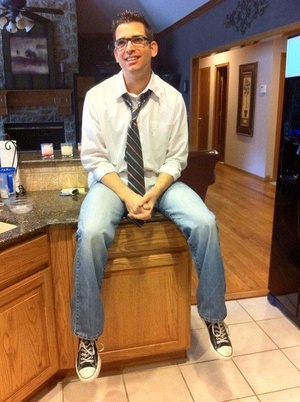 Jason Zaragoza became a radio disc jockey at the age of fifteen. With several awards in radio and a passion for No-bake cookies, he currently resides in Oklahoma City, Oklahoma. He hosted a Morning show in the Contemporary Christian Music genre for many years and served as an announcer in the pop and country genres as well. Over these years both as a student and a professional, Jason honed his craft and learned a lesson or two about giving back to his community. Jason has served as an Evangelical youth minister as well as a youth pastor. With a degree in Communications as well as Network Systems Administration, Jason hopes to one day be a college instructor and a radio show host for another station that promotes community outreach. He has had the opportunity to interview several of his childhood heroes as well as music artists.This has helped him continue to learn about life, perspective, and the lives and viewpoints of others. This information aids him in his daily life and experiences. He is a father to three beautiful children and believes that in the scheme of things, this is his greatest accomplishment and mission.

Jason lives in Oklahoma and was ordained by American Marriage Ministries on August 16th, 2018.

Jason is an ordained minister of American Marriage Ministries. You too can also get ordained as an AMM minister. With our free online ordination you can perform marriage in your state or anywhere else in the country.